Our technology automatically finds and connects to all available networks including, LTE 4G/5G and Satellite without user assistance or configuration.

FUSION provides maximum flexibility with automated VSAT/LTE failover and fallback. This cost-effective solution reduces the hardware footprint, simplifies installation, and allows IP Access to design and deploy services which aggregate LTE and VSAT billing under a single bill to the end-customer.

Oil and gas operations occur in remote and harsh conditions making coverage and uptime a challenge.Decision-makers can deploy FUSION to take advantage of both LTE and/or VSAT connections in a single device allowing reduced costs, increased performance, and reduced downtime. FUSION brings together the benefits of higher speeds, lower latency of LTE when available, and the reliability of VSAT. By providing automatic network diversity, FUSION enables expanded coverage options for your real-time data, voice, and video. The combination of LTE/VSAT networks allows you to keep your operations running smoothly without sacrificing the bandwidth-hungry needs of today’s applications.

By providing both LTE and VSAT connectivity in a single box, FUSION can be deployed in remote bank/ATM locations giving the integrator flexibility in their installation. If both connectivity types are available at the remote location, FUSION will be able to choose the best path with the ability to failover/fallback between LTE and Satellite.

As governments in developing countries extend connectivity to rural and remote areas, they can streamline their deployments with a single box solution. The FUSION provides both wireless and VSAT connectivity, wherever either is available or commercially feasible and caters to multiple types of sponsored projects that can stimulate economic growth.

The Fusion 1U rack mount allows for a space-conscious design meant for brick and mortar facilities or mobile vehicles where a satellite antenna is on the roof.

The Fusion Harrier provides the ultimate in all-in-one integration in a portable cased unit. 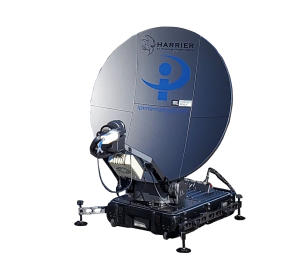 Experience The Fastest Satellite Internet Speeds In The Industry

Service plans as low as $250 per month, contact us today for all service options

IP Access has created flexible and affordable satellite plans for you to obtain commercial class bandwidth when you need it most. We have mobile, usage based, flat rate and day rate plans suited to meet your usage requirements. From voice solutions to video conferencing to streaming video back to your emergency operations center, we have a plan to fit your needs.

The SELECT Network was built from the ground up with public safety and emergency communications in mind. Every component was designed for reliability to provide the highest level of connectivity all backed by 24/7 support. 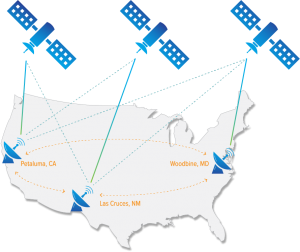 LOOKING FOR MORE INFORMATION ON FUSION? CONTACT US TODAY.