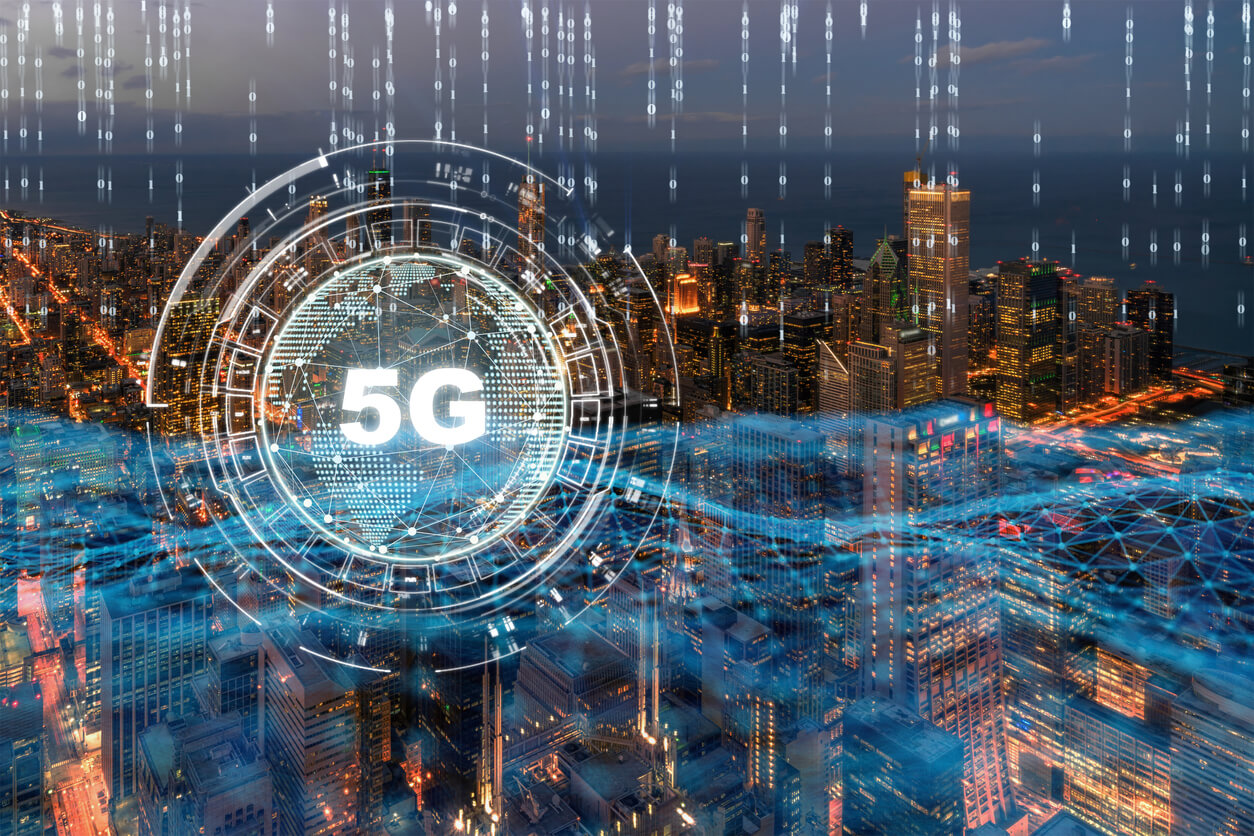 In this guide, we’re exploring some of the major elements of this exciting telecommunications breakthrough. We’ll define non-terrestrial networks, explain how they work, cover advantages and potential challenges, then discuss how 5G and non-terrestrial communication technologies could be a powerful duo in global comms.

While 5G rollouts are still in progress, combining this state-of-the-art technology with dependable, robust satellite networks could significantly enhance network reliability and coverage.

What Is a Non-Terrestrial Network?

Perhaps the best example of terrestrial networking is fourth-generation long-term evolution (4G LTE) wireless technology. This system relies upon long-range, tall and high-powered towers to transmit long-distance waves between devices. However, 4G LTE is terrestrial only; the system relies solely upon physical infrastructure built on the ground.

Currently, there are three main non-terrestrial network station types (the second component  in the list above):

Satellites are by far the most common and becoming more robust with time. In 2020 alone, telecommunications providers and other entities launched around 1,300 satellites into space.

How Do Non-Terrestrial Networks Work?

One example of the former is the satellite phone. Satellite phones often skip terrestrial cell networks altogether, sending signals via satellites in space instead of cell towers.

But a blended connectivity solution uses both terrestrial towers and non-terrestrial devices to transmit messages. Instead of moving from one tower to the next, signals move from the device (terminal) to the tower, where they’re emitted to a satellite. The satellite sends the signal to the receiving terminal via terrestrial satellite terminals.

But, while 4G’s long waves were easily transmitted via large terrestrial towers, 5G signals require numerous, small stations to send data between devices. Moreover, because 5G requires new infrastructure, rollout in the US is still ongoing. And, while new smartphones are 5G compatible, older models only support 4G LTE.

Telecommunications experts still have much to uncover about how 5G and non-terrestrial networks could intertwine.

A combination of 5G and non-terrestrial network technologies could be powerful. The speed and reliability of 5G, combined with the robust coverage capabilities of satellite networks, could increase access for everyday consumers and make networks even more reliable in remote areas.

And while developments in civilian technology are critical, first responders and emergency personnel could substantially benefit from the increased development of 5G non-terrestrial networks. However, voice isn’t the only significant feature of digital devices. In crisis scenarios or remote areas, first responders’ improved access to navigational information and online resources could significantly bolster the response efforts that protect and support civilians.

This network has the potential to change the way your agency handles crisis comms, everyday dispatch and so much more. Learn more about First Responder Net today.