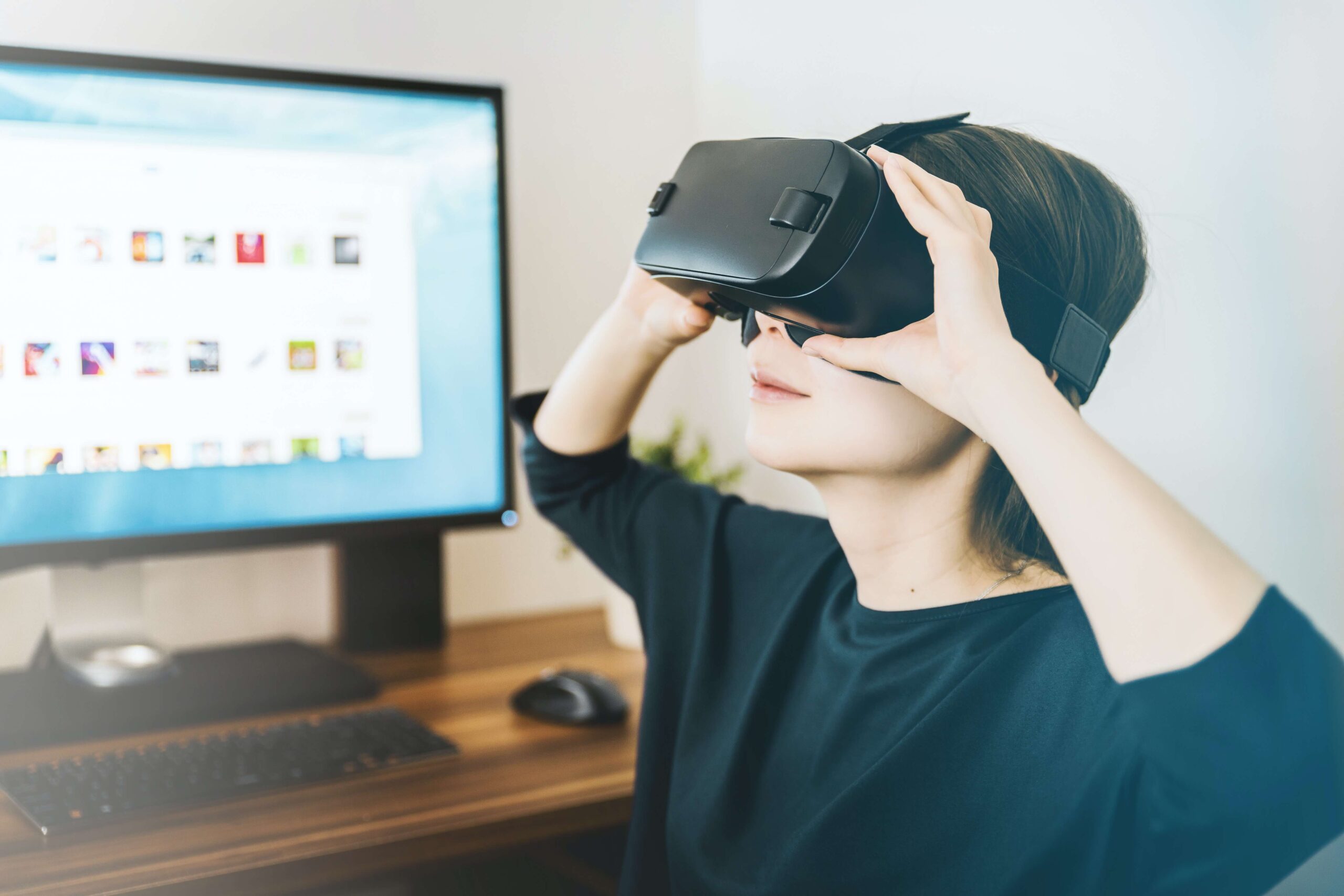 How exactly the industry will change is anyone’s guess. After all, tech predictions are often off-base. For example, over the years, various experts have gone on record to say the telephone, television and internet would be catastrophic failures.

If this past year has been any indication, 2023 will see us continue on our current path toward a hyper-connected reality. So, while it’s impossible to predict the future, we’ll keep our finger on the pulse of new and emerging tech.

Here are four connectivity trends we expect to see in 2023 and beyond.

For millions, mobile devices are the preferred tool for going online; 60% of all internet traffic comes from mobile devices. In fact, 15% of Americans use only their smartphone to connect to the internet.

As on-the-go connectivity swells in importance, so will the mobile network that makes it all smoother and faster than ever: 5G.

5G is the fifth generation of mobile wireless networks. Mobile devices connect to 5G via cellular towers and satellites. Compared to 4G (the wireless standard released in the 2010s), 5G offers various advantages:

Even though 5G is superior to 4G, adoption since its 2019 release has been relatively slow. But now, 5G networks are estimated to reach more than a billion people by the end of 2022. And the domino effect has begun; that figure is expected to double to 2 billion by the end of 2023.

Because 5G allows you to deliver more information with near-zero latency, it will continue to reshape healthcare, government agencies and first-response industries. 5G also benefits people in crowded areas (such as enterprise-level office workers or event attendees) as the increase in bandwidth allows for more simultaneous users.

2. Expansion of the Internet of Things (IoT)

With the further adoption of 5G comes the rise of the Internet of Things (IoT). The IoT refers to the interconnected web of internet-enabled devices, including:

In short, anything that can connect wirelessly to the internet is part of the IoT. Expanding the IoT means more user data collection and a greater need for cloud storage space.

However, a rapidly growing IoT will also impact connectivity and telecom. As more and more objects connect to networks, the need for speedy, reliable connections increases. This need is especially salient in critical industries like healthcare or infrastructure.

With that said, the IoT will touch everyone. And because humans and their things can be anywhere on Earth, connectivity will need to follow them wherever they go. The rural farmstead will need to be just as connected as the Manhattan office. As a result, remote connectivity technology like mobile satellite internet will continue to blossom.

The IoT may be a catalyst for increased connectivity, but it’s not the only driver of change. In general, 2023 will likely see a continued shift toward the notion that connectivity is not a privilege but a necessity. This need for “Connectivity for All” applies both globally and locally.

Worldwide, roughly one in three people have never used the internet. Many more don’t have access to a reliable or affordable connection. However, as hyper-connectivity becomes the norm for accessing products and essential services, many will eventually join the online ecosystem. In rural or underdeveloped areas, they may do so using satellites—skipping the need for cell tower infrastructure altogether.

Even at home in the U.S., the need for connectivity is expanding into every corner of the nation. The rise in remote work has led to mass migration. Since 2020, more than 5 million people have taken advantage of flexible work trends and moved. Many have gone to more rural areas where internet and cellular coverage are weaker, unreliable or nonexistent.

These workers come from all industries, and they expect the connectivity they enjoy in urban settings. Well, it’s coming.

The Federal Communications Commission (FCC) is working to turn expectations into reality. In December 2021, it announced the Affordable Connectivity Program—a multi-billion dollar plan to help all American households, including a $30/month discount on internet services. As we start to feel the effects of this program in 2023, more and more people will be able to work, play and study online from anywhere.

Once again, mobile satellite internet will play a role in this connectivity trend. In addition, high-speed connections will suddenly be available in areas where other infrastructure doesn’t exist.

Wearable technology has surged in popularity over the past few years. Some of the most promising options are virtual reality (VR) and augmented reality (AR) tech. Facebook’s parent company, Meta, has invested more than $10 billion in VR research and development in 2022, and other tech giants are also exploring the space.

VR uses a headset to replace your real-world environment with a virtual simulation. AR is more transparent, overlaying digital details atop the real world. Both allow the wearer to alter what they see, albeit in different ways.

While VR and AR currently have few applications aside from gaming or novelty uses, these technologies will open up a range of new opportunities, including:

Of course, these use cases require a stable internet connection and true zero-downtime connectivity. For this trend to continue its upward trajectory in 2023, more enterprises will need to adopt blended connectivity solutions—an approach to connectivity that combines satellite and cellular networks for a 24/7/365 connection.

Prepare for the Future of Connectivity with IP Access International

If a common thread runs through all of these 2023 predictions, it’s this: Consumers and businesses will be more connected than ever. No matter where they are or what they do, people will increasingly rely on a fast, stable internet connection.

An ever-growing number of enterprises and organizations will achieve reliable connections from anywhere through mobile satellite internet. While this technology was notoriously expensive, that’s no longer the case. With plans starting at $250/month, IP Access International supports upcoming connectivity trends by making mobile internet access a reality for all.

Contact our team today to learn more about the future of connectivity.